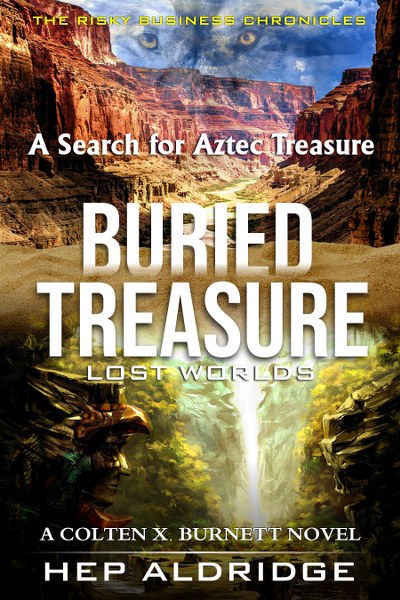 In 1521, the Aztec empire fell to Spanish Conquistadors in bloody genocide. The Aztec ruler, Montezuma, was murdered, and his treasure… disappeared.
Legend says the treasure was spirited away by Montezuma’s elite Eagle warriors, headed for an unknown desert location in the southwest of what is now the United States. It has never been found.

Dr. Colten X. Burnett and the Risky Business team have a lead. Will the unexpected map they now have in their possession guide them to the long-lost treasure in the land of the Mescalero Apache?

Join this bold, inimitable team as they face new dangers and uncover secrets that the mountains and deserts of New Mexico hold as they search for the lost Aztec treasure.

**Don't miss the other books in the series!** 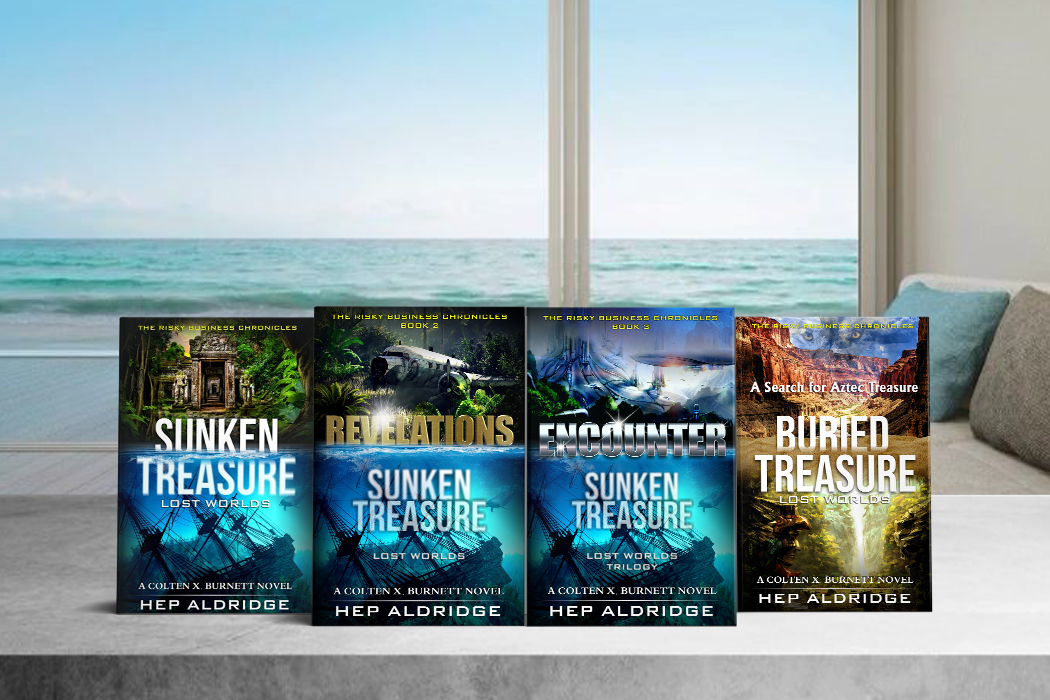 Hep Aldridge is a certified scuba diver, cave diver, and amateur archaeologist whose main area of interest is the Pre-Columbian cultures of the Americas.
He has led or been part of archaeological expeditions to Mexico and Honduras, making discoveries that have been reported in National Geographic Magazine.
Hep's related interest in space, space exploration, and "things unknown" was fueled by his father who worked for NASA.
While living in New Mexico, he began to question the many strange and unexplained things he saw in the night sky in the mid-'60s, and also developed an interest in lost treasure that has stayed with him his whole life.
The combination of these diverse interests led to the genesis of the Risky Business Chronicles, Book One, his first novel of a three-part series.
Hep is an Air Force veteran and resides on Florida's Space Coast.