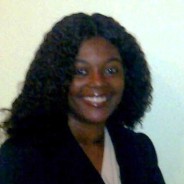 ABOUT THE AUTHOR C. Michelle Ramsey has published two fiction novels: "Reflections of Promises" and "Real Secrets".Currently working on her third novel. Her stories delve into the inner soul of the woman: her deepest secrets; her wildest dreams; and her darkest fears.


"I take a look at life from two sides: urban and suburban, and the challenges each pose in pursuing the reality of individualism in a controlled society".
C. Michelle Ramsey is a freelance writing consultant at Bleu Skies Writing Services. She lives in her hometown of Atlanta, GA with her husband and three children.

ABOUT THE BOOK Set in Atlanta, GA Real Secrets is the story of Tamara Roman, a professional dancer in the exotic night club “Secrets.” Tamara has built her life around alcohol and promiscuity to escape the realities of her choices. As a single mother and long-time girlfriend to her son’s father, Darren, her loyalties to dancing and family life are tearing her apart. When an explosive encounter between her and Darren turns violent she must decide if she will continue in an abusive relationship or escape further into the world of stripping.
Real Secrets exposes old prejudices and secrets of the past, which threaten to overwhelm a family who have been pillars of the community and tear down relationships built on lies and lust. Addressing the stigma and pain of domestic violence, the lure of a promiscuous world, and the beauty and hurt stemming from interracial relationships, Real Secrets is a tale of love, survival, and the success of rising above one’s limitations and overcoming the horrors of abuse. And while the characters are tortured by the skeletons in their closet, this book demonstrates how freeing it can be to deal with those hidden secrets. It shows how successful you can be if you pursue your goals and dreams regardless of what path you take in life.

Excerpt
Tamara rose next to him and reached out her hand to shake the extended hands of Helene and Paul. The meeting had not lasted for twenty minutes, but Tamara couldn’t be happier.

"It was very nice meeting you once again, dear and maybe we can get together for a ladies’ day to get to know one another a little better," Helene offered as she escorted her son and his conquest to the door.

Paul gave his son a look of warning and patted him on the shoulder, "Son you will be in contact?"

"Yes, Dad," he said giving his father a loving hug.

"Tamara, it was my pleasure. Make sure you take care of my son. He has a tendency to get himself into trouble that he can’t get out of sometimes," Paul said with a giggle out of character for a man of his stature.

"I will, Mr. Matthews," Tamara replied with a smile feeling shy inside. It was something about the older gentleman that she liked, despite the air of arrogance.

Hunter walked Tamara to the Explorer and opened the door for her. He leaned in and kissed her softly on her lips and then pulled back and looked into her eyes. "I love you," he whispered and went in for another more passionate kiss before he pulled away.

"Hold on, let me say goodbye to my parents," he replied and strode away before she could comment. Tamara wondered what he needed to say to them that couldn’t be said in front of her and the fact that he wouldn’t talk in front of her left her feeling self-conscious. Then out of the blue it all became clear, but she would bide her time and wait until they were home to confront him.

Hunter saw the concerned expressions on his parents’ faces as he walked to the door.

"Mom," Hunter began letting out a brief sigh, "Please don’t start now, Mom. I’ll call you, and we’ll talk." He kissed his mother on the cheek and pulled away from her strong embrace.

"No, you’ll come back and no later than tomorrow. I don’t buy that hogwash about deadlines. You are dodging a bullet that won’t miss next time," his mother warned looking him in the eye.

Hunter turned to his father and saw a note of compassion and concern in his eyes. Paul gave his son a lukewarm hug and turned to walk into the house. With his arm around his wife, he escorted her into the house ahead of him and closed the door before Hunter could say another word.

Once again, Tamara and Hunter rode in silence during the drive home, each lost in his or her own thoughts. When they pulled up in front of the house Tamara didn’t get out of the car. Hunter glanced at her before opening his own door. He knew from the strained appearance around her eyes and the frown on her face that she was very upset.

"You didn’t tell them did you?"

"Tell them what Tamara?" Hunter asked.

"Don’t play with me! You didn’t tell your parents I was black did you?" she shouted.