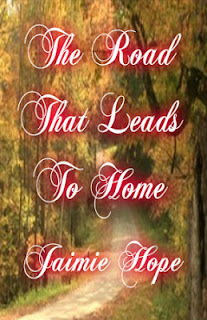 Synopsis:
Sara always knew she was different from other girls, but she never knew how much. She'd been having dreams all her life. It didn’t bother her when they played out in reality the next day. After all, that happens to everyone sometimes, didn't it? When the phone rings one morning with devastating news she knew was coming she could no longer ignore her gift. She also couldn't help wondering if she could have changed the fate of those she loved if only she would have spoken up sooner.

“Why are you fighting this?" James groaned. "I know what you said, but I don't buy that. I've seen the future, and it's me. You know we belong together. Nothing else matters."

"You remember James Clements, don’t you? He’s Dad’s right hand man these days.” Then with a laugh she said, “Guess it wasn’t you he was interested in getting his hands on, it was the inn.”
Shows what she knows. He did get his hands on me and on more than one occasion, Sara thought to herself. Back then, she thought he was the man she would spend the rest of her life with, but it wasn’t meant to be.
Taking a deep breath she said, “I decided last night after talking to Becca. I wanted to sleep on it to be sure that it was what I wanted, and it is. I haven’t contacted anyone in Florida about this yet, but I will. As for my stuff, I will have to go back and sort through it to see what I’ll be able to keep and what I’ll wind up getting rid of. I’ll go back some time after Dad gets home so you’ll at least have Mom to help out.”
“If I need to do some extra work to help out while she’s away I won’t mind.” James said to Becca before turning his attention back to Sara. “I have one more question for you if you don’t mind.”
“Sure. Shoot.” “Will you marry me? 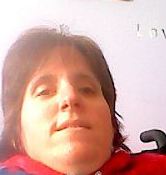 Jaimie Hope was born in 1976 in New York. As a child, she loved story time and when she was old enough to read on her own she always had a book. When she wasn't reading, Ms. Hope was writing and making up stories to amuse children and adults alike. Perhaps that's why nobody was surprised when she announced she wanted to be an author. Jaimie Hope is the author of The Adventures of Baby Jaimie series. She also has also written novels/novellas in the YA genre, and has released her autobiography.