FOR HORSE LOVERS and OTHERS 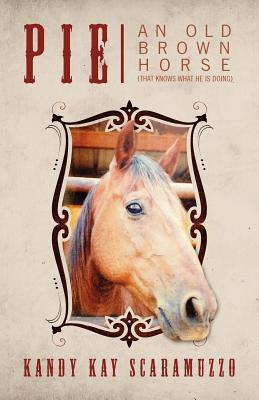 This is the story of a twenty five year old ranch horse that was injured and pretty much left to die. He was brought to a stable and sold, even though no one really expected him to survive. He was reborn into a merchant of hope. His amazing spirit and calmness have helped many people over the next 13 years as he became the most amazing mentor and therapy horse. This is Pie's story as he tells it about the most amazing second chance at life and his travels through it. You will meet his person, a shy young girl who he helps grow into adulthood. He will introduce you to the other horses and people that helped shape his journey. His influence has known no bounds throughout this last 13 years and he continues to shine his light even at the ripe old age of 38. This is a feel good story about life, love, second chances and giving back. 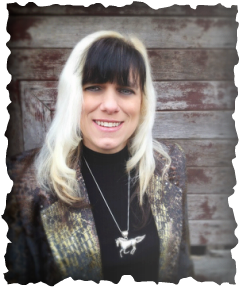 Kandy Kay Scaramuzzo is a seventh generation Texan with her own brick at the Cowgirl Museum. She has taught in alternative education for over twenty years. Ms. Scaramuzzo is a member of Strathmore's 2012 Whos's Who.

She has a BA in Criminology and a MAedCT. She works in horse, cat, dog, and snake rescues. Ms. Scaramuzzo was a tester/observer for Therapy dogs for nine years. She ran a therapy horse riding program for autistic and special needs children for five years. She has been a recognized animal behaviorist for over twenty years. She has written her first book about an exceptional horse. She feels it is important to give back to maintain the balance of a civilized society.

Do what you can with what you have where you are. Teddy Roosevelt

EQUITREKKING a MUST read Article WHODECIDES WHEN A HORSE IS NO LONGER USEFUL?

Writing a story in the first person is not uncommon, but when that first person is a horse, well, I really wasn't expecting it to actually be entertaining to say the least.  Thankfully since I have such a huge admiration and respect for horses, I decided to give it a read.  What a pleasant and thoroughly enjoyable story this is.
The title is a little misleading.  Pie may be an old brown horse now, but he was nothing of the sort during the story.  Kandy brought that personable horse to life like he was almost one of us.  As we all know, animals have feelings, thoughts and ways to communicate just like we do.  Even though some, and maybe a lot of people, don't think about this in a very in depth way, Kandy proves that to be our oversight and sadly our loss.  Because as you read the story, the thoughts, and emotions of how Kandy presented these majestic animals is nothing short of enthralling, entertaining, and enlightening.
To Read more click here