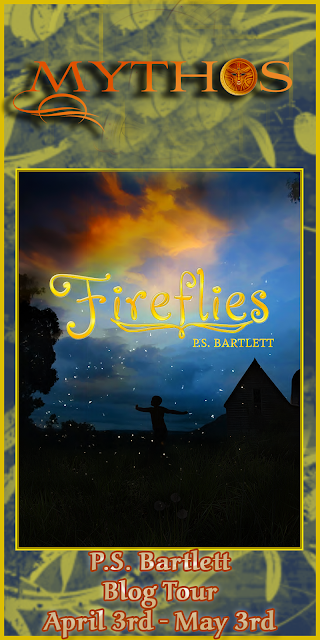 ABOUT“FIREFLIES”
Dr. Owen Whelan and his wife Sarah have seven bright and expressive children. However, one of them is very unique; he’s 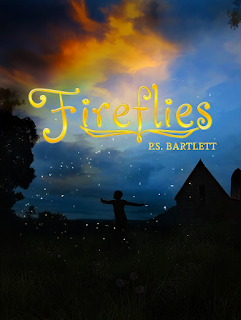 been followed since birth by lost souls. However peculiar Ennis Whelan has been for the first six years of his life, not until the day he found the bird did the degree of his strangeness become
so tangible. When Ennis also reveals the gift of sight, he questions his father about visions of his past, including his voyage to America in 1844. Owen prayed he’d never have to
share those tragic memories but he will share them, when he realizes he has no choice. Ennis’ life depends on it.

“Fireflies” most likely started when I was born. When I make that statement, what I’m really saying is growing up as the youngest of eleven children in a blended family of five half-sisters, two half-brothers and a sister and two brothers by your shared parents, was as much interesting and fun as it could be tragic and confusing. However, this story isn’t about my own family, although my experiences of being raised in such a chaotic yet loving atmosphere certainly fed my creative process and gave me tons of material to work with.


I’ve always been fascinated with history as well as the paranormal. I’ve been especially curious about the area where my Mother grew up, as a second generation American of completely Welsh heritage. My Father on the other hand is a mystery, except for the fact that he was Scotch-Irish. Other than that, I know very little of his lineage. My Mother, however, was able to pass down how my Welsh ancestors, primarily my great grandparents, came over from Cardiff Wales in the late 1800’s by way of Philadelphia and settled in a little town called Nanticoke, Pennsylvania. Writing “Fireflies” gave me even more opportunity to research the area and study the immigration process.


My next objective was girl power. I wanted a character that embodied those formidable females who paved the road with opportunities for women of today. She had to be a brave, insightful and smart as well as possess grace, humility and the faith to go for what she wanted and be determined not to settle for anything less than her dreams. In essence, a girl who wanted it all; a career, family and love and the ability to prove to everyone that it was possible. Teagan wasn’t really ahead of her time; she was a trailblazer for women of the future.


It was also important to me to prove that not all paranormal events are negative and that the objective of these spirits isn’t always to terrify and threaten. Don’t get me wrong, I certainly enjoy a malevolent and frightening haunting as much as the next reader and they certainly keep the pages turning. I just wanted to share a story about what could happen if we looked at these visitations from another perspective, through the eyes of a complete innocent. My hope is that we may all learn something from Ennis about seeing the unknown as we see a flower or a tree; it’s just there and how we perceive it, regardless of how others do, is our truth.


ABOUT THE AUTHOR
I was born on Valentine’s Day a long, long time ago in South Baltimore, Maryland, less than a mile from Fort McHenry and Federal Hill. I’m a very simple person. I love my life and am always striving to make it better for myself and my family.


I write, I draw and I work full-time as a sales and marketing office manager herding cats – I mean taking care of a loveable group of sales people all day long. I also paint beautiful watercolors with my two and a half year old granddaughter.


I’ve been married for nearly 19 years and together we have two sons and a daughter. 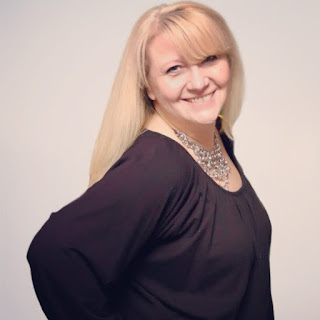 I’d call myself a football fan but I mostly only watch my home team, the Baltimore Ravens.


I love super heroes and Superman has been my favorite since I was a little girl. June 2013 cannot get here soon enough for me.


I’m fascinated with anything paranormal and have been since I was a little girl and would sneak into my parent’s room almost every night to sit on the end of their bed and watch the “kids playing” as I explained it to them.


I finished my debut novel “Fireflies” in about six weeks, over the summer of 2012. Needless to say I don’t sleep much. After several rounds of edits, feedback and more edits, I began submitting “Fireflies” to literary agents and publishers in groups of five at a time. Through my diligent efforts, persistence and fabulous luck, I am blessed to now be a part GMTA Publishing’s fold and look forward to releasing my first novel soon!


I’ve been reading everything I can get my eyes on as to how this whole process works and I confess that I still don’t understand it and the social media aspect is just as perplexing. However, now I have the guidance and support of GMTA to help me succeed at doing what I love and I’ve told myself to above all, just keep writing. I’m so excited because I’m about 30,000 words into my second novel which I have already begun to map out a sequel to. I don’t even know where these thoughts came from but I’ve never looked a gift horse in the mouth that hasn’t kicked the crap out of me, so I place my hands on the keyboard and just let go.