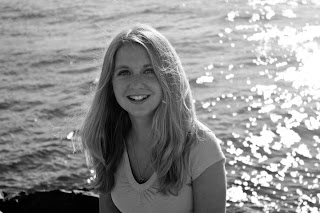 Ottilie Weber
New Jersey, United States
Ottilie Weber grew up in Wall, New Jersey, not far from the beach. She always has a book in her hands or nearby, despite her dyslexia. She graduated from The College of New Jersey, earning a degree in History Secondary Education. Ottilie has a passion for writing, where she is ready to take on the next project. Her family and close friends are there to help her take on the bumps or potholes in the road.


I have two young adult books already out, but my most current book that was published was my first New Adult book. It is about a young veteran solider who is covered in burn scars from an accident overseas. It is also about Eponine who had to drop out of college when her parents died to take care of her little sister. The two of them are both healing and hopefully will have the readers feeling for the two of them as they flip through the pages.

2. What inspired you to write this particular book?


For years I wanted to write a Beauty and the Beast remake, but I have several failed attempts saved to my computer to prove it. Then this idea came to me and I just let the character guide me because this story became something I wasn't expecting.

3. What authors inspire or influence your work?


When I was writing Beneath the Scars I tried to avoid anything that might make things think that I got my ideas from that. My sister even bought Beastly when it came out on DVD, but I wouldn't watch it till I was done writing the story. Authors that have inspired me though Sarah Dessen, Jennifer Echols, and Laurie Faria Stolarz are the biggies. However while writing this story I did play Lady Antebellum's 'Own the Night' quite a bit…

4. Do you need visual media to describe people or places?


Depends on what I'm writing. Sometimes I have googled visual help for buildings or dresses for certain events. However writing 'End of the Line' and working on my pirate story I almost wanted to get a Ken or Barbie doll to mark up as a reminder to what injuries the characters had.

5. Is the Thesaurus one of your best writing friends?

6. Who gets to read your drafts before they're published?


This is going to sound pretty bad, but depending on who is available depends on who gets to read it before I send it to the editors. I have sent them to friends and even my Grammy. Recently I might have found a beta group that will be helpful too! The more eyes the better!


Biggest marketing hurdle, is marketing in general. The market is forever expanding and the internet is an every growing with it so it is hard to reach out those voices. I'm on several different media sources and have been befriending many other indie authors so that has been helping.


I am both. I do slack on regular blog posts that make me look friendly, but between work and school I do not write as much as I should…

9. Do you host tours on your blog?


I have not for my own books, but for others I have helped host their blog tours. I have fun helping with tours, giveaways, and reviews.


I have a couple different things going on right now. I have two young adult books and one new adult book in different stages. I have one young adult I'm rewriting because I wrote it in high school and it does need some fine toning. I'm trying to see if one of my books has a sequel in the works. Then my new adult book is a stand alone that you might see a guest appearance from characters from Beneath the Scars, but I don't want to give away too much in case I jinx anything!
Silly Time!

You can find my books in all e-book formats and paperback versions on Amazon and Barnes and Nobles.


SHADOWS FROM THE PAST 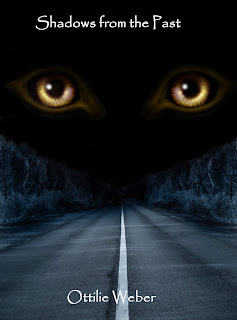 Shadows from the Past


Blurb:
Children fear what lurks in the shadows. After the tragic loss of her best friend, Renee learns that what stalks the shadows wants her. She will have to choose the darkness or die. 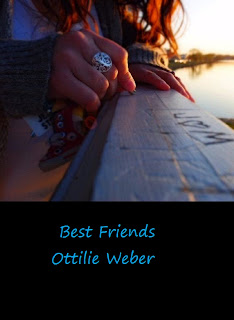 
Blurb:
Travel through Jordan and Michelle's friendship. Jordan has just moved back to her hometown with her daughter and she reflects on major points on her friendship with Michelle. 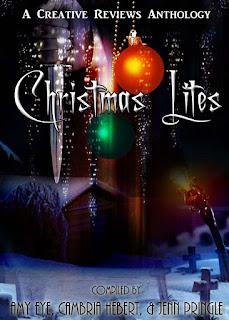 Tis' the Holiday Spirit
November 26, 2011
Blurb of overall collection:
Then a ninja elf came and broke Santa out, no net is strong enough to keep out this ninja elf!  Off past the Faithful family pet they ran and jumped in the sligh.  They raced to another house but refused to stop when ghosts were there to greet them.  Santa doesn't tangle with ghosts.  He doesn't tangle with vampires either.  At the next stop he met a runaway gingerbread man who yelled, "You can't catch me, I'm the gingerbread man!" Santa didn't bother to catch him; he had things to do.  On his way to his next delivery, he passed a werewolf jumping out of a plane and dodged a zombie hungry for his brain.  He finally touched down in a nice, normal town full of tidings and great joy...Or did he?  Dive into a world of variety a world of spirit with this Creative Reviews anthology.  What better way to celebrate the holiday season than with some short stories that entertain and encompass the true meaning of Christmas?  All proceeds of this book will be donated to the NCADV (national coalition against domestic violence).  Debut authors and published authors have come together in this on-of-a-kind compilation - please help support a great cause and plunge deep into our imaginations. 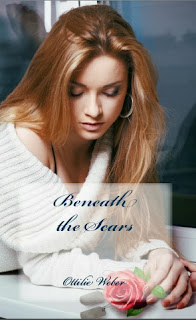 Beneath the Scars
November 2, 2013
292 pages
Corporal Riley Nolan is back home and out of the hospital after sustaining severe injuries in a skirmish overseas. His physical injuries may be healed, though he is left with horrible scars all over his body. His mind is still healing, and he has almost no contact with the world outside his small dark apartment.
After the death of her parents and being forced to sell their house and move into an apartment in a new town, Eponine is left picking up the pieces while trying to maintain a normal life for her little sister, Genevieve.
Can these new neighbors help each other heal, finding the light and laughter in the world again? Most importantly, can Eponine help Riley see he's not the monster he believes himself to be beneath the scars?
Sample
FAMILY TIES 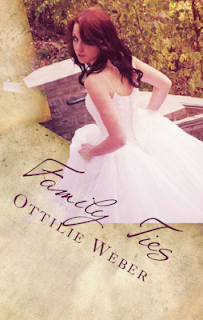 Family Ties
April, 2011 ~ 2013...
174 pages ~ 258
Stories told by word of mouth can get twisted or lost. Abby grew up hearing about her great-grandmother Emma, a royal who left that life to come to America. Yet when Abby takes a summer job with her best friend Cory, she feels eyes on her. When she is kidnapped after leaving work, Abby learns there may be a hidden part of her family tree...
Sample

END OF THE LINE 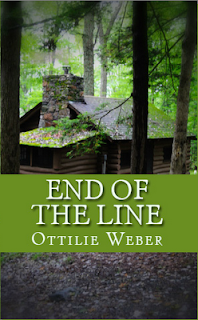 End of the Line
March 2, 2009 ~ September 8, 2012
138 pages  ~ 206 pages
When so much is lost how does one to have the strength to move on? At seventeen Lauren was prepared for yet another year of school. Then asteroids hit, killing all of those she knew except for a few other teens from her neighborhood. Joining forces with her classmate Aaron, they work together on the journey in the hopes of finding more people that are alive. On the way, threats of starvation, illness, and freezing to death don’t compare to the danger of Dean Manson. Manson is an ex-con out for revenge against Aaron. With so much working against them these teens fight for everything even if it means denying their feelings just for the chance to see a new day.