Cross THE BRIDGE OF DEATHS with this well documented pre WWII journey through history with fictional and metaphysical twists.

In the winter of 2009-2010 a young executive, Bill is promoted and transferred to London for a major International firm. He has struggled for the better part of his life with nightmares and phobias, which only seem to worsen in London. As he seeks the help of a therapist he accepts that his issues may well be related to a ‘past-life trauma’.

Through love, curiosity, archives and the information superhighway of the 21st century Bill travels through knowledge and time to uncover the story of the 1939 plane crash.

On August 15th, 1939 an English passenger plane from British Airways Ltd. Crashed in Danish waters between the towns of Nykobing/Falster and Vordingborg. There were five casualties reported and one survivor. Just two weeks before Hitler invaded Poland with the world at the brink of war the manner in which this incident was investigated left much open to doubt. The jurisdiction battle between the two towns and the newly formed Danish secret police, created an atmosphere of intrigue and distrust.

The Bridge of Deaths is a love story and a mystery. Fictional characters travel through the world of past life regressions and information acquired from psychics as well as archives and historical sources to solve “One of those mysteries that never get solved” is based on true events and real people, it is the culmination of 18 years of sifting through sources in Denmark, England and the United States, it finds a way to help the reader feel that he /she is also sifting through data and forming their own conclusions. 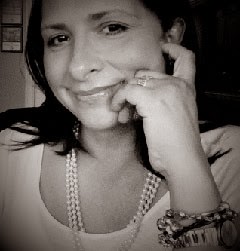 M.C.V. Egan (Maria Catalina Vergara Egan) is the author of The Bridge of Deaths. The story came about through a lifelong obsession to solve the MYSTERY of her maternal grandfather's death in faraway Denmark.
Her grandfather died on August 15th, 1939 in a passenger airplane with a small group of men; all of whom left an interesting trail of doubt as to who they really were. This was two weeks before Hitler invaded Poland and the world plunged into WWII.
The research for this took M.C.V. Egan to various countries, through the unusual world of psychics, to a Peruvian Shaman and past life regressions.
She lives in South Florida with her Husband, Tom Egan; credited with the cover photo, their teenage son and five pound Chihuahua.
Posted by M.C.V. EGAN at 9:34 AM