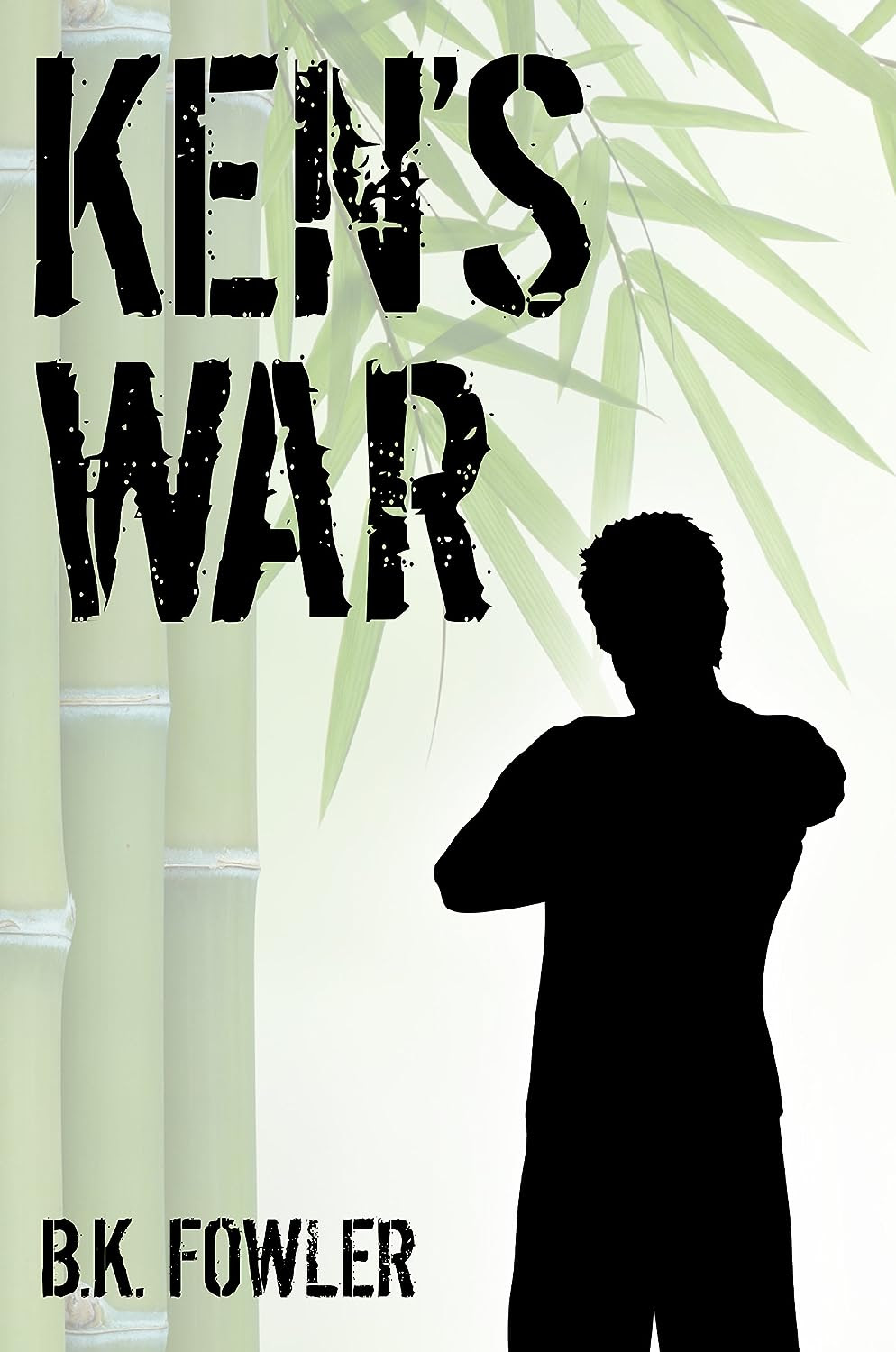 ABOUT THE BOOK
As the conflict in Viet Nam escalates, army brat Ken and his hot-headed dad are suddenly deployed from Pennsylvania to a dinky post in Japan. Culture clash is just one of the many sucker punches that knocks Ken's world upside down. He struggles as his assumptions about friends and enemies, loyalty and betrayal, and love and manipulation are fractured. An army misfit, a Japanese girl and a martial arts master play unforgettable roles in Ken's rocky journey from a boy itching to get his driver's license to a young man standing shoulder-to-shoulder with his father.
***** 5.0 out of 5 stars A heady brew of high action and clashing cultures June 2, 2014
By Caroline
Format:Paperback
Over the weekend, I had the great pleasure to read B. K. Fowler’s Young Adult coming-of-age story, Ken’s War. As a school librarian and the mother of two boys (and a girl), I am always on the lookout for books that will appeal to boys, particularly adolescents. I believe that Ken’s War will hold great appeal for teenaged boys who are looking action and adventure and want characters to whom they can relate.

The story line of Ken’s War is complex. Set in the Vietnam era, Ken Paderson and his father have moved to Japan because his father, who is in the military, has been reassigned there. Ken is out-of-sorts. Struggling with culture shock, Ken is angry with his father for uprooting him and keeping him in the dark on many issues, including his grandparents’ death. His mother is, at first, out of the picture.

There is a secondary story line about a budding but forbidden relationship between Ken and Yasuko, a young Nisei woman. This flirtation proves as fragile and as rare as a white macaque monkey.

Ken, like many young men, is struggling to construct an identity and make sense of his world. Adding to this heady brew of hormones and clashing cultures, are a smuggling ring, a martial arts master, and a revelatory trip home to the states.
Ken, like many adolescents, particularly ones whose families are going through changes, is at war with nearly everyone and everything, including himself. In the course of the novel, Ken comes to empathize with others around him, including his father, and to see the world through other’s eyes.

The strength is B. K. Fowler’s writing lies in her ability to capture the essence of an image or a moment. Ken’s War, like the potent taste of dried tea leaves on the tongue, lingers in one’s mind.