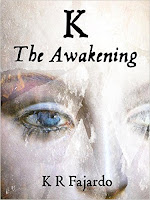 K: The Awakening is a novel containing two parallel story lines that eventually merge into one. As of 7/12/2015 an updated version has been released that is professionally edited.

Mikel and his daughter Citera live in and run a medical clinic in the small town of Vicaris. It is a mostly happy and fulfilling life, but like most everything in Vanteria, it is not without its risks. Being a free medical clinic that serves not only the Terrians, but the enslaved Full-bloods as well, they are constantly being harassed by the Shadows' forces.

But despite the danger, when Rigar, a Full-blood and close friend of Mikel's, shows up at the back door with the emaciated body of a young lady, he makes the difficult decision to put his life on the line to protect her. Unbeknownst to him, this one act of random kindness will forever change the world as he sees it as he and his family and friends find themselves trust into the midst of an ancient feud that will eventually decide the fate of Vanteria once and for all.

The Enforcer has served as the Shadows right hand for nearly fifty years. Using violence and fear, it is his job to ensure the Full-bloods never succeed in uniting against the Shadows. But years of killing have left him a hollow shell of a man on the verge of being consumed by the darkness he serves.

Until one night, after a routine inspection of a clinic in Vicaris, fate lands him in the presence of a captivating young beauty named Maya. A girl who imbeds herself into his mind with her sweet demeanor and calming touch. But when her father lies to the Shadows, using Maya to back up the claim, the Enforcer is ordered to arrest them both and bring them back to the Tower for execution.

The Enforcer must make a difficult decision. Ignore the orders of the Shadows, knowing the suffering their wrath would bring down upon him. Or bring back the young beauty who treated him with more compassion than he had experienced in fifty years.

He has only two weeks to decide what he is going to do.

K.R. Fajardo  is a married mother with 3 children who works part-time as a IMC nurse, I soon found myself with an a lot of extra time on my h...and when my youngest started school 2 years ago. I considered going back to college and getting my master's degree for a minute(literally) but quickly decided that was not the path that was right for me.

So what to do with all this free time? Take up a hobby of course. Only needlepoint and crocheting aren't really my thing. Then the idea hit me, write a story! I have always had a wild imagination, and one character in particular had been rolling around in my mind since I was in high school.

The start was slow. However, little by little the story began to build and the further along I progressed the more excited I became. Once finished I decided to let a few people read my story, which had ended up being over 300 pages long! That was one of the hardest things I have ever done. It felt like I was exposing a side of myself that no one else knew about and the thought that they might not like it, or that they would think I was totally crazy, scared me to death.

I turned out to be pleasantly surprised, they loved it. And more and more people began to give me positive feedback. Now K: The Awakening is available on Amazon for all to enjoy. The second installment will be out in the fall of 2015(and I think it is even better than the first). So please check it out and if you enjoy it leave a review so it can find its way to more people!! 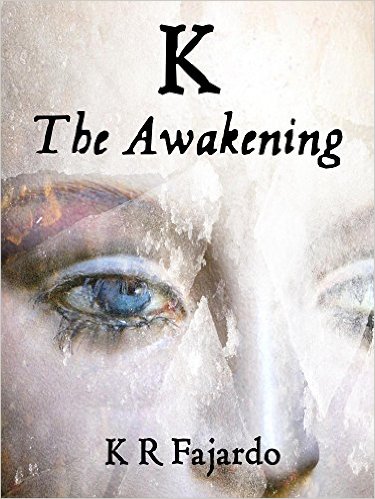