REVIEW: A TIME FOR TRAITORS by DAVID LAWLOR 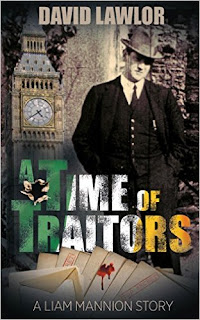 David Lawlor’s A TIMEFOR TRAITORS has it all. Liam Mannion and his fiancée Kate are part of the IRA at a time during a truce that is not welcome by all. I absolutely loved this book. It reads like a fabulous Jack Higgins novel; with its own voice and a bit more history which I personally find makes this book that much better than a Higgins.


I learned few things Prime Minister Lloyd George and Irish leader Michael Collins that I did not know.  I love that, when a book entertains me and also piques my curiosity about historical figures to the point that I even lookup thing or two and find that it was historically accurate.


I learned a few words as the book is in British English from the vernacular of the era, which pulled me right in as a reader. The book begins in 1921 and takes the reader between London and Ireland for a full year. The narrative flows with ease and surprises abound. Once the traitors are revealed it makes perfect sense; but some of them I was truly surprised and did not see it coming.


It has romance, action and adventure. The characters are deep, as a reader you feel their emotions and root for the good guys; which is of course always a matter of perspective.


The setting, the characters, the era the turmoil are a perfect backdrop to weave in traitors and this book does it beautifully. I wish I had more than five stars; this book is a most worthwhile read.


I believe that the story conveyed so much without having to use explicit violence and no explicit sex, while still making it all very real and believable. This book keeps you entertained and on your toes to the very last line. 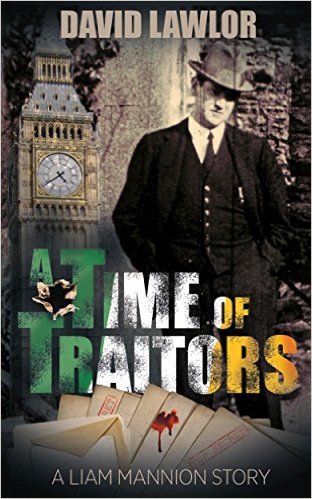