Interview with Robert Mwangi ~ WHISPER IN THE JUNGLE 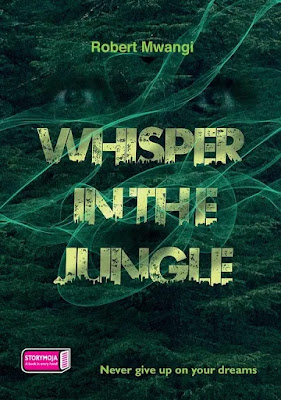 Deep in the African jungle where even the bravest are afraid to venture, lies a truth that will propel James through his probable American journey, if he can come out alive. James an African lad has been awarded a soccer scholarship to go to America and becomes the envy of his village. His girlfriend Janny is however skeptical of what a long distance relationship can do to love. But when Janny vanishes, James plunges into the mysterious forest at the risk of his life and his American Dream. Love transcends all.

1) What inspired the book?
I used to write a lot of silly stories when I was 12 years old living in Kenya. Then I discovered soccer and became really good at it. I stopped writing. Later in life I received a soccer scholarship in America and it was only after college when I was struggling with life that I started writing again. Writing came as a way of channeling my frustrations and failures. Little did I know that I was not only telling my story, but also the story of my generation.

2) How long did it take you to write the book?
It took a whole year to write the book. I was working two jobs in America and every day after work I would come home tired. I only had four hours to sleep approximately but I could not sleep without writing. And sometimes it was only a word or a sentence, but it came from a deep place within.

3)When did you realize you were a writer/Author?
It never hit me that I was a writer. I knew I loved to write, but Titles like Author or Writer scared me. When my book Whisper in the Jungle was finally published by Storymoja Publishers in Kenya, and I found myself doing interviews on camera, I finally believed.

4) Is Swahili your native language? Why do you write in English?
Swahili is Kenya's national language and Kikuyu is my native language. Kenya was colonized by the Colonial British and English was the language used in work places and by the missionaries. A lot of people ask me why I write in English. As children in Kenya we were strictly forbidden from speaking our mother tongue in schools and forced to speak English to help us navigate the world ahead. Those students who didn't speak English were beaten. And because of this I can speak English better than my native language. This is a very controversial subject in Kenya, with many an author pushing for decolonizing our minds to going back to teaching our children both English and the Native language, and emphasizing that none is superior to the other.

5) Anything else you wish to add?
If you have a passion out there. Never give up on it because it's God's gift to you. Find a job to pay the bills but never give up on that which makes you most happy.
Robert in his own words...

I, Robert Mwangi, was born in Nyeri under the hills of Mt. Kenya, but I grew up in Nairobi. I started writing at the age of 12 and up until now I have a folder with short stories that I wrote when I was a child. The English is not so good but the ideas are there, born of all the youthful novels that I used to read like Hardy Boys and Famous Five. From the comfort of our home in Kenya, these books took me oceans away to places I could only imagine: From the village under the hills of Mt. Kenya to the Statue of Liberty in New York, from the Eiffel Tower in France to the Arabian desert.

I stopped writing after I joined Ofafa Jericho High School. Our school was the number one school in soccer in the whole country and I joined the team. After high school I played for KCB Soccer team in the Kenya Premier League competing against giant teams like Gor Mahia and Tusker FC. In 2002, I received my first call to play for the Kenya National Soccer Team, The Harambee Stars, but it was in the same year that I was awarded a soccer scholarship to study accounting in America.
Life in America was hard as I will explain in the second novel, and I struggled with two jobs and very little sleep. In 2008 I came across Barrack Obama on TV and was inspired by his many great speeches. They triggered something inside me and suddenly, just like that, I was writing again.
I wrote for one year without knowing what I was writing about. It felt good to be that kid again. Writing had always been inside me. After one year, I stopped and I had 600 hundred pages and I had no clue what I had been writing about 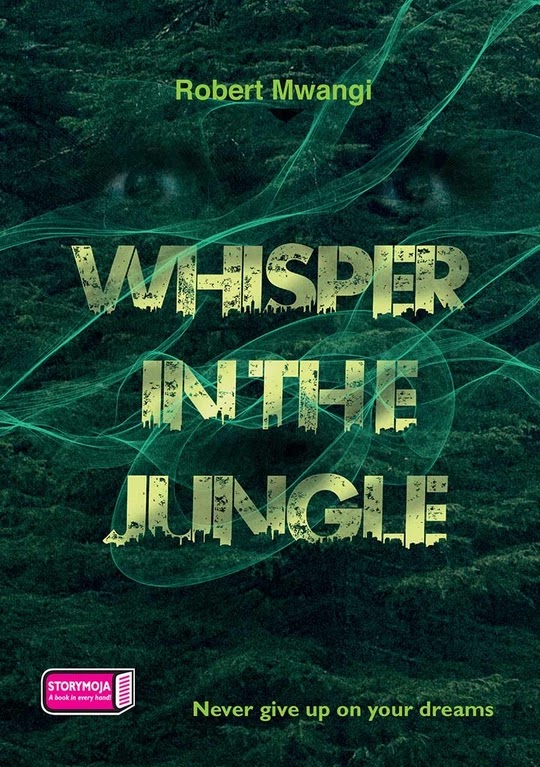