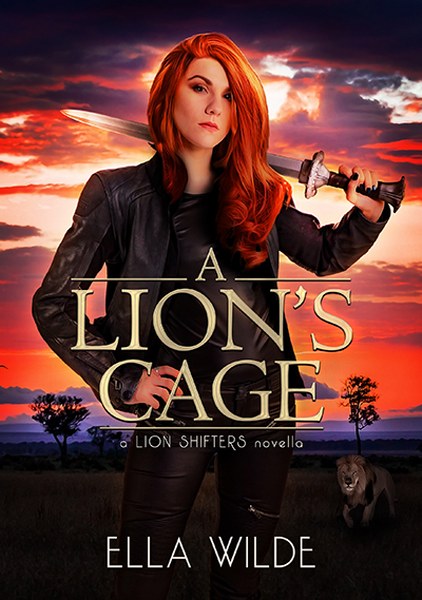 Life as a slave in the fight pits of Kenya is vicious and brutally short, and no one knows this better than lion shifter Lazarus Kiprop. As a prized champion, he lives with blood on his hands and guilt in his heart. He's survived longer than most, at a cost. With no end in sight, Lazarus has given up on ever seeing another sunrise. The last thing he needs is a vampire youngling taunting him with impossible promises of freedom.

A newly made vampire, Willow has gaping holes in her memory and a burning desire for revenge. With less than a week before her new master arrives to claim her, she’s determined to find a way out of captivity. And if the leather-clad guy in the cell next door doesn’t believe it’s possible? That’s too bad, because she’s going, with or without him. But while Willow may be able to escape her cage, will she be able to escape her heart?

“A Lion’s Cage” is the prequel to “The Lion Shifters” series.

Escape to a land where everything is possible. Start your adventure today! 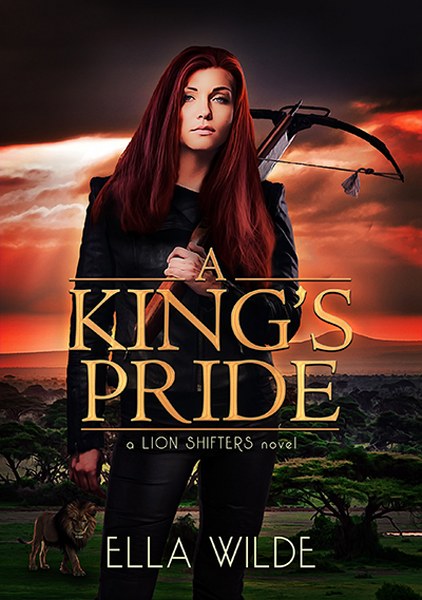 Emma Knight is in Kenya to bury a witch, and then she’s leaving. But hostile forces are pushing her into a role she doesn’t want. When Emma breaks a cardinal rule and rescues a lion Shifter, she finds herself at a dangerous crossroads. Does she move on, or risk her secrets and her heart to save the lion’s Pride and establish peace in Nairobi?

Lion Shifter King David Kiprop is on a time-sensitive mission, one that leads him into a poacher’s snare. While he’s relieved to escape the trap, he’s not happy to owe a life-debt to the snarky, secretive female who rescued him, even if he does find Emma attractive. She’s a bewitching distraction King can’t afford. Too bad the gods have other plans.

Join the Kiprop Pride and escape to a land where everything is possible. Start your adventure today! 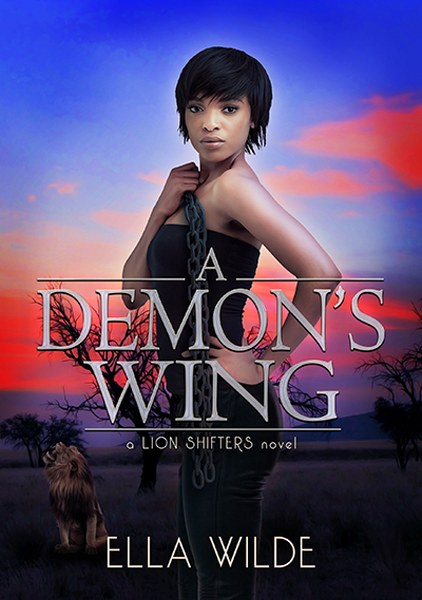 Summoned to Kenya by a dying witch, Grace Elkhart can’t wait to leave. She agrees to stay only long enough to help her cousin Emma establish some law and order in Nairobi. Being a Demon, Grace has the power to do that. But settle down? Join Emma’s Pride? There are too many reasons against it, starting with Jed Kiprop, the only man to ever break her Demon heart.

As a lion Shifter, Jed knows he needs to join a Pride… eventually. Now that his eldest brother King has formed one, it should be an easy choice. Except his brother’s mate has a Demon in her family. And that’s one Paranorm Jed refuses to share space with, especially when that Demon’s name is Grace, a woman he once loved before she betrayed him.

When a family tragedy and a king’s command force Jed and Grace to work together, sparks fly despite their mutual distrust. But will they be able to overcome their pride and prejudice in time to save the Pride and each other from an ancient enemy? 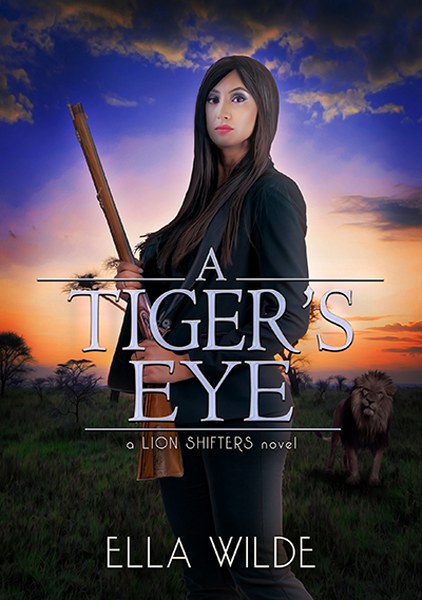 Fun-loving Tana “Tiger” Shah is about to lose everything, including her freedom. When her estranged mother shows up at her doorstep with an indecent proposal, Tiger must make a decision: lose her home in order to pay off her family’s debt and preserve her honor, or marry a man she doesn’t know. Although her heart says no, love doesn’t pay the bills. Tiger will do whatever it takes to protect her family, even if it means turning her back on her own dreams.

Lion Shifter Ezekiel Kiprop isn’t one to play games, especially if the safety of his Pride is at risk. When it comes to his duty to defend his king, he’s never hesitated until now. And that’s what makes Tiger so dangerous: she makes him forget all reason when she’s around. Determined to focus on an unknown challenger to his brother’s throne, Ezekiel shuts down his feelings. As fate would have it, his lion has other ideas, especially when it comes to Tiger. But will their love survive the truth Tiger has been hiding? 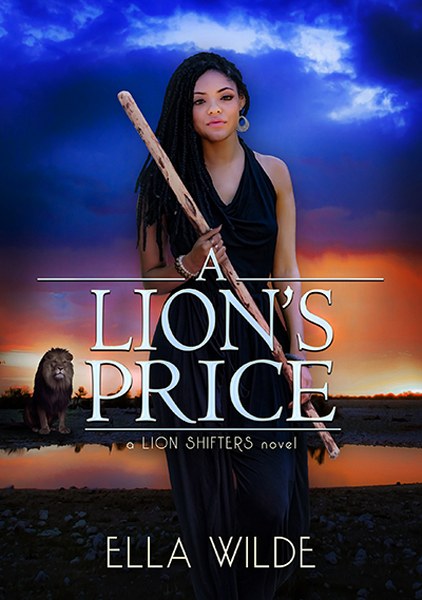 Rebecca Keitany’s life has been one battle after another, until the moment she’s hired by a witch to work at a tea shop. Finally, it seems Rebecca’s future is looking bright: she’s got a stable job, and an art dealer is interested in her paintings. But that’s before she attracts the unwanted attention of the powerful Lightning Bird who has one simple request, and he won’t take no for an answer. So the last thing Rebecca needs is to be saddled with Daniel Kiprop, a handsome socialite and brilliant tech developer.

Lion Shifter Daniel is all too willing to offer his expertise to his Pride’s queen. It’s an easy assignment, and then he’ll be back to his normal business, including the endless parties that fill his evenings. All is going according to plan until the night of a vicious attack that changes everything Daniel thought about life, love and the pursuit of happiness. But can he convince Rebecca he’s a changed lion before she takes up the offer of the Lightning Bird and disappears forever? 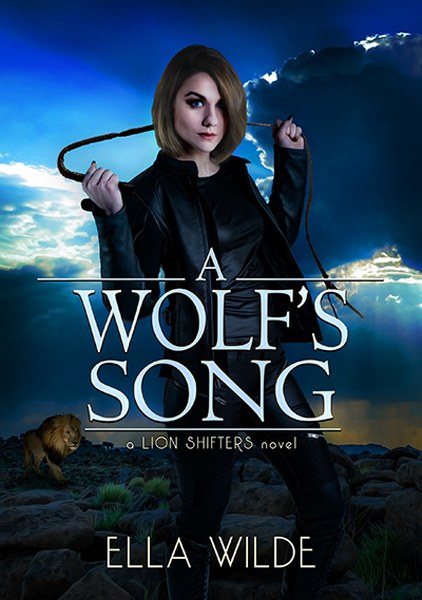 It’s going to be a night to remember, and not in a good way. When election chaos combines with the storm of the century, Nairobi becomes an even more dangerous city than usual. The lion Shifters retreat to their Prideland, under strict orders from their king to stay at home.

Trouble is, Isaac Kiprop was never one to follow the rules. While the other lion Shifters settle down for a long night, Isaac has other plans: his last burglary job for the hyena gang. After that, he’ll be free, or so he tells himself. And he’s pretty sure he can get away with it, until a pretty but irritating, know-it-all wolf Shifter crashes his party and his heart.

Lara Kraft is on a mission, one that doesn’t involve Isaac and his never-ending efforts to push her buttons. Her research takes her into the territory of a dangerous criminal game, and all her carefully laid plans go awry. When Lara learns the truth about the gang’s latest assignment, she’ll do anything to stop them. But good intentions have a way of getting complicated, especially when Isaac is involved. 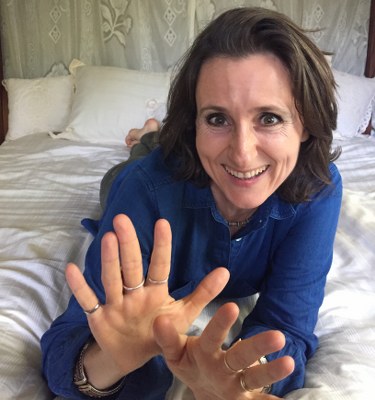 I was born and raised in Kenya. Living up to my name, I decided an office job wasn't my cup of tea. When I'm not rescuing orphaned elephants or conducting a lion census, I write about people who walk the thin line between the human world and the supernatural.

Visit my world at www.ParanormalAfrica.com to receive exclusive gifts and top secret info. 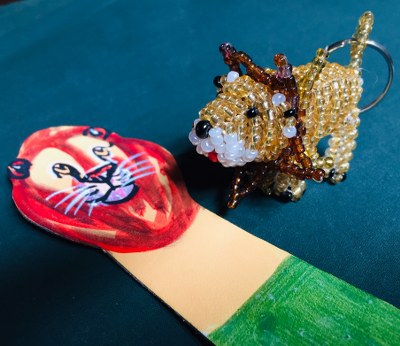